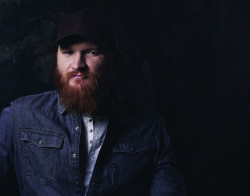 The concert is the culmination of a two-day songwriting symposium Paslay is conducting at Temple College for students and community members. The concert will feature Paslay and the seminar participants performing some new material as well as some of Paslay’s favorite songs.

Tickets for the concert are $10 general admission and $20 for VIP seating. They will be available at the door or in advance at the Fine Arts Division Office in the Performing Arts Center.

A native of Texas, Paslay graduated from Temple High School in 2001. He has performed around the world and written five No. 1 hits including “Even If It Breaks Your Heart” (Eli Young Band), “Barefoot Blue Jean Night” (Jake Owen), “Angel Eyes” (Love & Theft), “Rewind” (Rascal Flatts) and “Friday Night,” the smash lead single from his critically acclaimed self-titled debut album.

For more information on this concert and other events sponsored by the Temple College Fine Arts Division, call 254-298-8555 or visit www.templejc.edu.

After a seven-year break, student rediscovers her passion for piano